Why James Cameron’s Aliens Endures as a Science Fiction Classic

Released in 1986, James Cameron’s Aliens was a box office and critical success.

Aliens spawned two direct sequels (Alien 3, Alien Resurrection), two more indirect (and forgettable) spin-offs, a prequel (Prometheus) and a sequel to that prequel, Alien: Covenant, will be released in May this year.

Without a doubt, the vicious, toothy, acid-blooded monster’s claws caught the imagination of audiences in 1979 and sunk even deeper in 1986. 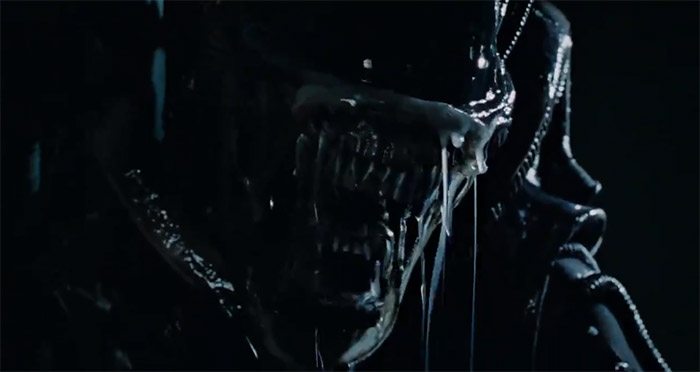 However, as production budgets have increased and the production values improved, the overall reception from both critics and audiences have taken a plunge.

Here are statistics from rottentomatoes.com (as of the date of this post) —

At a critical rating of 98% and an audience rating of 94%, it’s safe to say Aliens is accepted amongst film goers as a superior example of the sci-fi genre.

Not only is it awesome to our eyeballs in its production design, cinematography, art direction, costume design and creature design, it’s also a standout where it matters most.

The screenplay’s structure is kick-ass. Aliens is a classic three act story. Each act has tangible goals, gearing the audience into a state of anticipation, creating nail-biting dramatic tension.

The screenplay features believable and lovable characters who behave with specificity. This makes them easily identifiable and believable in their physical actions and dialogue.

Ripley, Hicks, Hudson, Vasquez, Newt, Bishop, Burke — we know who these people are. They’ve been written from the inside-out as opposed to outside-in. 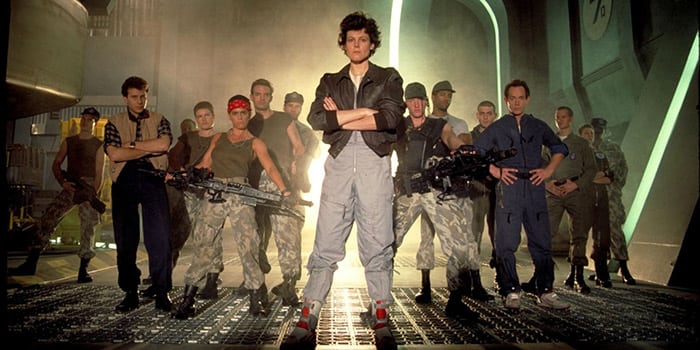 Because the characters come across real, we become invested. When they’re torn apart by the Aliens we mourn them and hope the remaining characters make it out alive.

But still, there is another reason that puts James Cameron’s Aliens ahead of the rest.

Storytellers and story analysts emphasise the importance of change in characters. 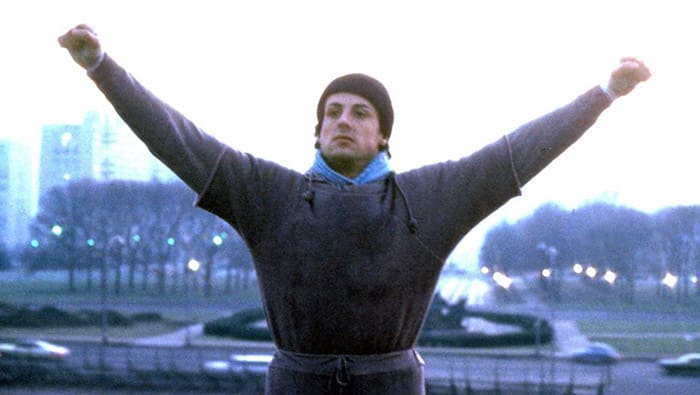 If a character is always running away from battles out of fear, by story’s end they’re willing to face their fears.

So now you’re wondering about characters like James Bond and Indiana Jones. They don’t change emotionally and those stories rake it in at the box office. Why even bother?

For me personally, deep change is what elicits deep emotion.

Flaws are what make characters relatable to us. When they overcome them, we’re thrilled and inspired.

We see the flaws of the characters on-screen within ourselves and we identify with them at a deeper level.

This feeling is also what brings audiences back for repeated viewings. The audience wants to feel deeply about characters. Elated when they overcome struggles and saddened by tragic outcomes.

The aspect of James Cameron’s Aliens that has made it the enduring success it is, is transformation.

At the beginning of the film, Ripley is taken to a space station. She’s admitted to hospital after floating in a hibernation pod for 57 years through deep space.

While in the hospital, she is overwhelmed by intense nightmares of the Alien clawing it’s way out of her body. 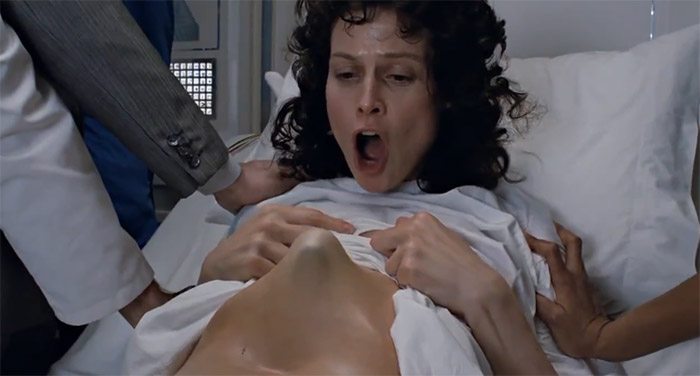 She wakes up night after night, in cold sweats, on the verge of losing her sanity. 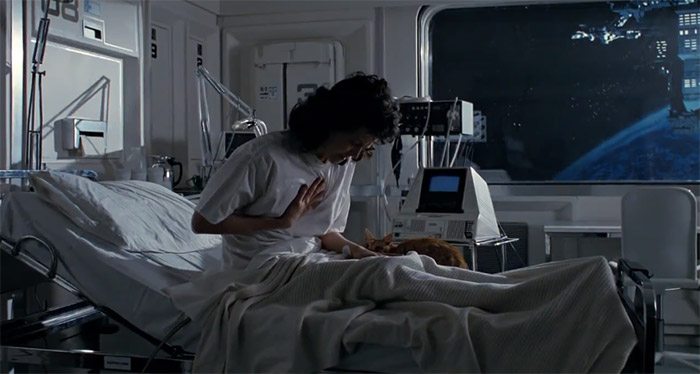 The military visit. The planet where the Alien was discovered was colonised by humans during Ripley’s 57-year hibernation.

Communications have just broken. The military wants to investigate and request her services as a consultant.

Consultant to a team of arrogant, gung-ho space marines, armed to the teeth and ready to shoot anything that moves.

Still traumatised, she tells them “I am not going back, and I am… I would not be any good to you if I did.”

Only upon more nightmares does she realise she’ll never overcome her inner demons.

She decides to go back to the planet where the horror started with the marines.

ACT 2 – The beginning of Ripley’s change

Ripley and the military travel to the planet via a spaceship called the Sulaco.

They get to the planet’s surface via drop ship to find the human settlement abandoned. Tracking devices lead the military deep below a nuclear facility where the Aliens have taken the humans.

The military team investigate to discover the Aliens have nabbed the human bodies to use them as birthing devices for more of the creepy critters. 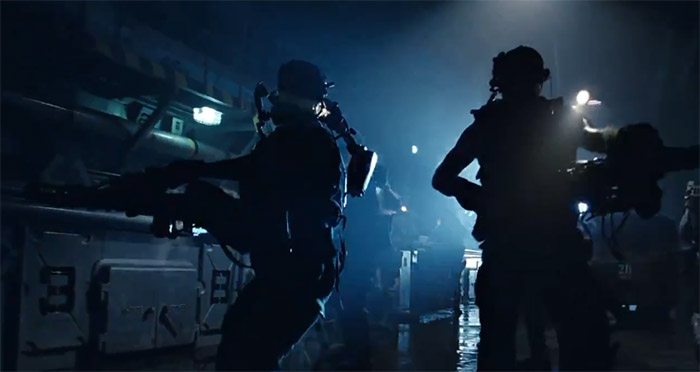 While all this is happening, Ripley sits safely outside in an armoured truck, with Newt (a little girl they picked up at the settlement). Her main interest is self-preservation. To stay away from danger.

As video footage of the facility interior and its horrors is fed back to the monitors in the truck, she experiences a panic attack — 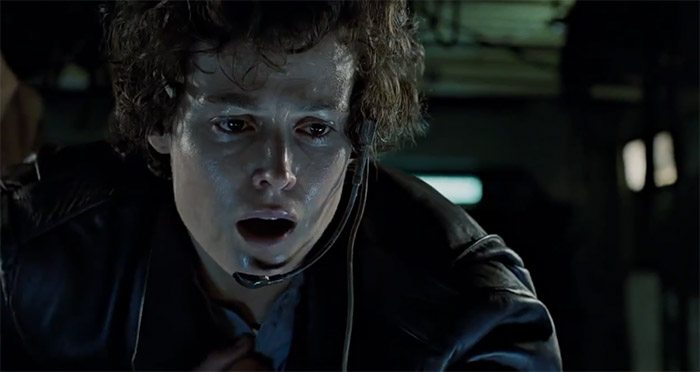 — but when the Aliens attack and kill off the majority of the marines, there isn’t really anyone else to save the day BUT HER.

Forced to act, she drives the armoured truck inside the facility, smashing Aliens out of the way, to save what is left of the military team.

The leftover marines board the truck and Ripley puts pedal to the metal to get them the hell out of there!

Most of the marines are now dead.

The survivors, Hicks, Vasquez and Hudson are battered and bruised.

Gorman, who is supposed to be their leader, is out with a concussion.

The marines argue over what to do, but Ripley steps up to the plate with a big idea.

Get off the planet and drop a bomb from space to wipe out the creatures.

The most senior military survivor, Hicks, agrees to Ripley’s plan.

Burke, the suit, objects as the facility is worth zillions of corporate dollars to which Ripley responds, “they can bill me!”

Hicks calls the drop ship to pick them up, but an Alien has boarded and kills both pilots mid-flight.

The drop ship crashes and explodes, leaving our heroes stranded. The next military pick up won’t arrive for another 17 days.

Hudson, previously the most arrogant of the marines, freaks out. “Game over man! Game over!”

Ripley responds. “Get a grip!”

ACT 2- Ripley is a leader

The survivors go back indoors. Ripley orders the analysis of facility floor plans and the sealing of all entrances and exits. 17 days is a wait!

Ripley confronts Burke as to whether or not he knew about the Alien creatures when he ordered the development of the colony.

Burke reveals he did, and he made the order in the interest of claiming “exclusive rights.”

There are more complications when Bishop, the robot, informs everyone the nearby nuclear facility is going to explode SOON.

Ripley and the team are now out of time. The only option is to go out into the open to get to a special radio which they can use to call a drop ship. The mothership Sulaco, still orbits the planet.

While everyone argues, Bishop volunteers.

A little later, Ripley goes to rest with Newt but awakens to find the room locked from the outside, crawling with Facehugger Aliens.

The kind that impregnates you with Alien seed. 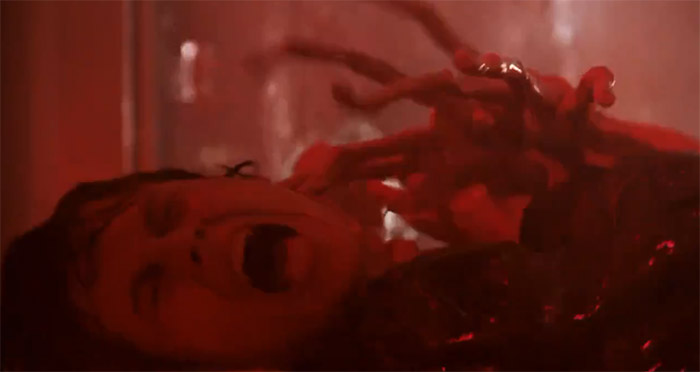 Ripley triggers the fire alert system. The marines arrive just in time to kill off the Alien wrapped around her face.

Ripley and the team work out Burke’s devious plan: to impregnate them with Alien seed, freeze their bodies and sell them off to scientists for megabucks.

Suddenly, an alarm goes off.

The Aliens have broken into the facility where they’ve bunkered down. Aliens fall through the roof, overwhelming the humans. They run for it.

As they try to escape, Gorman, Burke, Vasquez and Hudson are killed.

Ripley and Hicks progress to the ship Bishop has called in, but Hicks is badly injured by an Alien before boarding.

The nuclear facility is about to explode, but Ripley insists on rescuing Newt before leaving the planet.

Bishop flies the drop ship to the nuclear facility which is about to blow.

Hicks is down and Bishop needs to maintain control of the drop ship.

Ripley must enter the facility to face her personal nightmare.

Arming herself with every weapon she can find, she enters the lower depths of the facility where the Aliens are nesting, finds Newt and blows away every Alien she sees. 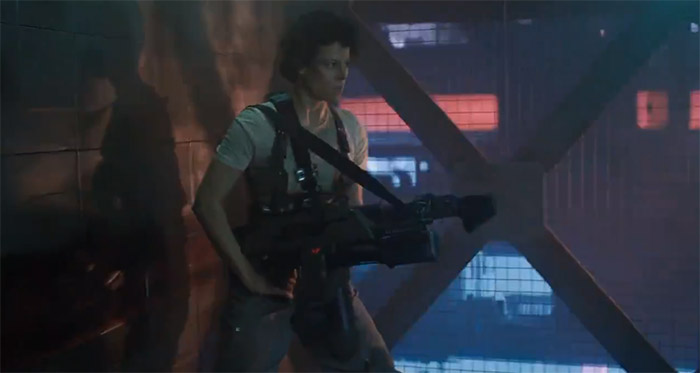 Ripley carries Newt back to the upper levels where they are picked up by Bishop.

They fly away just as the nuclear facility goes up in a mushroom cloud.

After landing on the Sulaco, Ripley and Bishop exchange congratulations when Bishop is suddenly torn in two — the Alien queen somehow boarded the drop ship!

Newt barely escapes the clutches of the Alien queen and ducks under the floor grates.

Ripley runs off to fetch a “power loader” — a cross between a forklift and a mech suit — and comes back to lay the smackdown on the Alien queen. 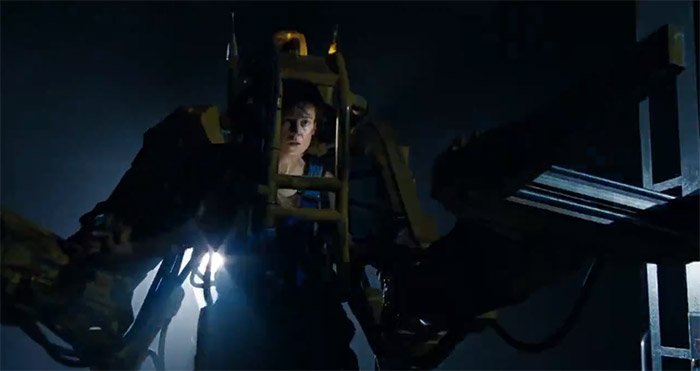 After a furious fight, Ripley sends the Alien queen flying out a cargo shaft into space.

Arcing from one emotional position to another

Do you see the arc?

Ripley is traumatised by her fear of the Aliens at the beginning of the story.

By the story’s climax, she’s laying the smackdown on the Alien queen alone.

With each piece of the story, her behaviour changes gradually.

Transformation is the aspect of this film that sets it apart from the others in the series and makes it special.

It’s also the reason why it’s regarded palatable by audiences outside of the sci-fi/action/horror genres and not just a cult film.

At the end of Aliens, we’re pumping our fists when Ripley screams at the Alien queen — “GET AWAY FROM HER YOU BITCH!”

We’re elated not only because it’s a cool line and not because we’re about to witness some exciting action, but because we’re witnesses to Ripley’s growth. She’s come so far emotionally.

This deep change in Ripley is what has moved us, enthralled us, kept us on the edge of our seats and most importantly, inspired us.

It says we can change. We can overcome our personal fears and lay the smackdown on our inner demons, whatever they may be.

James Cameron’s Aliens is still kick-ass 31 years after it’s release. What an achievement!

Do the characters in your story change? Do they arc?

Do they begin in one place and end in a totally different place emotionally?