What Assassin’s Creed’s failure teaches us about dramatic tension

This post first appeared on The Story Department, a blog about movies, movies and more movies.

Assassin’s Creed was produced on a budget of US $125 million and released around the world at the end of 2016. Over the last month, the film has only pulled in a meagre U.S. $203 million. As of this posting, the film has scored a critical rating of 17%.

Assassin’s Creed seemed to have everything going for it. Big name producers Frank Marshall and Arnon Milchan. A serious director, Justin Kurzel, at the helm (2015’s Macbeth). Outstanding actors in the lead roles. Michael Fassbender, Marion Cotillard and Jeremy Irons.

In the trailers, we saw mysterious, hooded figures leaping off 50 storey buildings only to land on their feet. Super cool looking ninja-style fights. The cinematography was flashy, the CGI effects state of the art, the parkour stunts exciting.

On top of all the heavyweights in front of and behind the camera, the movie was based on a computer game series which already has a legion of fans.

Assassin’s Creed should have been a slam dunk. Instead, it’s been a total flop. If you add up the marketing and distribution costs, Assassin’s Creed is set to lose over U.S. $100 million.

Many have put Assassin’s Creed’s failure on the very fact it was based on a computer game. When you look at the history of computer game movie adaptations, it’s not hard to see why so many speculators have come to this conclusion.

Every game adaptation from Super Mario Bros. through to Street Fighter have been outright box office bombs. Where computer game adaptations have succeeded, the success has been mild (except for the Resident Evil series which has made close to U.S. $1 billion on a total budget of U.S. $250 million for five films). 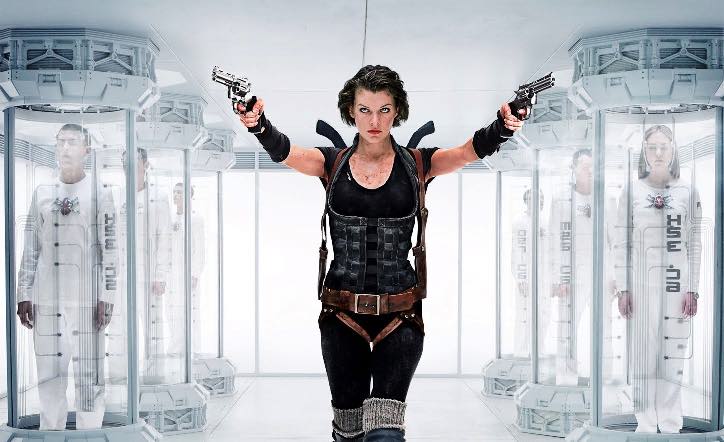 Personally, I think video game adaptations could be great — if they were adapted properly. Though I’ve never played the games, I don’t think Assassin’s Creed’s failure has anything to do with a “video game curse.”

Observe the first half-hour of Assassin’s Creed and you’ll see it’s loaded with screenwriting sins. Poor structure, shallow characters, dialogue with zero subtext. Characters without goals or with goals that are unclear to the audience. Scenes that don’t build, scenes that don’t climax.

The film’s plot is packed with details that (I assume) only the gaming fans would fully understand.

In the present day, the Abstergo Foundation rescues Callum (Michael Fassbender) from death row. Abstergo wants to find a special device called the “Apple of Eden” which controls all human free will. You know, that old world domination chestnut.

The reason they need Callum is because he’s the descendant of a 15th-century warrior, Aguilar. By plugging him into a machine called the Animus, Callum will be able to relive Aguilar’s memories back in the 15th century and help Abstergo find the coveted Apple of Eden.

Convoluted in a science-fictiony way? Yes.

A story concept that folds in on itself

At first glance, it looks a little like a time travel plot. It looks like Abstergo wants to send Callum back in time to find the Apple of Eden. But put a microscope on the story and you’ll see this isn’t the case.

Callum has no control over events. Actions and outcomes have been decided by “history” because they’re memories! The moment Callum is plugged into the Animus machine, he’s rendered a passenger.

“What you’re about to see, hear and feel are the memories of someone who’s been dead for more than 500 years — you can not change what happens.”

The story mechanic has rendered the protagonist passive.

In case you’re not sure what “dramatic tension” is, it’s a writers term.

As defined by filmmaker Frank Daniel, dramatic tension is —

“Somebody wants something badly and is having difficulty getting it.”

The thing is, dramatic tension only works when the audience KNOWS the characters on screen have some control over the outcome.

Whether or not it’s Luke flying down the trench and blowing up the Death Star, Michael Corleone wiping out his family’s enemies or Harry winning Sally Albright’s heart, the audience must know that the protagonist has the potential to succeed or fail. 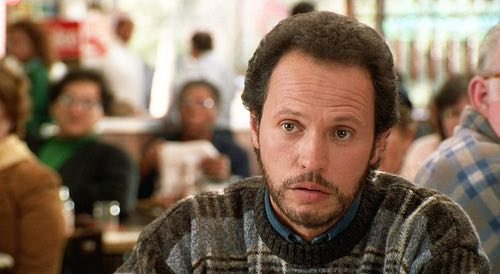 Assassin’s Creed’s story concept cancels out its own dramatic tension and renders its hero, Callum, passive.

This is the primary reason why the film has failed.

In fact, it was never going to succeed. However flashy or cool a movie looks —

No one in their right mind pays to see a movie where the protagonist is a spectator in their own story!

I’ve been informed by gamer friends that in the Assassin’s Creed games, the protagonist lays down on a bed to “experience” their ancestors’ memories.

The movie has changed this. Instead of laying down on a bed —

— Michael Fassbender’s Callum, is picked up by the Animus’ special harness. In the harness, he physically mimes Aguilar’s actions from the past.

I have a sneaking suspicion the lead creatives knew the Animus may be an issue for the film and changed it, not only to create visual excitement for the big screen but as a strategy to distract the audience from the fact the concept renders the hero passive and the story dramatically tensionless.

The contrivance of the game and the film are the same, but when gamers play, the concept of “reliving” the past is thrown to the wind as they mash their Xbox and Playstation joysticks — to control the outcome of their adventures directly.

Now, if you want to get your mind in a twist, think about how Avatar and X-Men: Days of Future Past worked…and how The Lego Movie almost didn’t work.

Does your story’s concept lend itself to dramatic tension?

Feel free to share your thoughts in the comments below.